A downloadable game for Windows, macOS, and Linux

A downloadable demo game available for Windows, Mac and Linux

Uniwardens is a narrative-driven 2d action adventure game with a few rpg elements, set in a sci-fi space opera setting.

In the Federation, peace is ensured by a group of highly trained and wise people called Uniwardens. You play as Emi, one of their latest recruit. During her first mission, she accompanies her mentor and a diplomat on their way to negotiate an important treaty with a newly discovered alien civilization. When their ship gets invaded and thus the treaty sabotaged, Emi gets thrown into a thrilling story where peace and all her beliefs end up being jeopardized. In this adventure, she will face a terrible conspiracy threatening the Federation at its very core...

The demo offers to experience the very beginning of the story and discover the core mechanics of the game. It features around 45 minutes of gameplay and is available to download for Windows, Mac and Linux. Check out the links below!

Currently, only mouse and keyboard inputs are supported. All the controls can be remapped in the game options.

You can also listen at the whole demo OST on Youtube:

Uniwardens is mostly made by a single person. Releasing a playable demo is a major milestone, it took a lot of effort and energy to get there, especially since this is my first game dev project. I am satisfied with the result and I hope it provides a good sense of what the full game would look like. I would love to get feedback to know what you think about the demo and how I could make it better.

Developing a game like Uniwardens which is, I believe, somewhat ambitious, requires a lot of time, especially for a solo dev. Depending on the feedback, I will think about how I could continue the development and make a proper roadmap to carry out this project. The full game would include the complete story, several areas to explore with many people to meet, main and side quests to complete, more enemies, more puzzle mechanics and a more complex equipment / leveling system.

I will get you updated about how the project progresses. Until then, I hope you enjoy the demo and I would truly appreciate you take time to provide me with helpful feedback.

This game is entirely developed by Florestan De Moor using the Godot engine, with some precious help from Solène Mirliaz.

The OST is composed by Florestan De Moor. The sound effects are made with CC0 resources from freesound.org. The game logo font is Squarewave, made by fontenddev.com.

Gave it a go but couldn't pass trough the teleportation orbs, kinda hard for the start of the game in my opinion, the controls were kinda messed up at the start idk if it is a bug or what, also the text is kinda small (As well as the character portraits) and there is a lot of talking at the beginning that kinda turns me off (The plot is interesting don't get me wrong, is just too much to read in a single scene ).

Thinks I did enjoyed, the combat feels really fun, just shooting and dashing in the tutorial feels satisfying and cool, the space setting is also interesting and the inventory/equipment setting gives it a lot of possible dept.

Overall good game that was too hard for me...keep the good work!

Thanks for playing the demo and for your helpful comment! Here are some answers to the points you mentioned:

I hope you will give it another try when all of this is improved, and thanks again for your feedback!

Hi, I've made a short video about the game :D and I wanted to share some feedback about it :), hopefully it's useful to you.

-The main idea of the game is quite interesting, but there's too much text and stoty context explained just at the begining and that makes getting into the game harder for a new player.

-The tutorial should be bigger and make you practice the teleportation and activation mechanics.

-All the game mechanincs work quite well as they feel balanced and solid, I've only found a few bugs/glitches on them that made some activation points do strange things as you could see on some parts of the video :)

-Visually the game is quite good at the moment but adding some extra on-screen effects and light sources on the ship could be great, in general the only thing that I see that could really make the difference are those (light effects).

In conclusion, the idea is great and I hope you keep working on it. Hopefully this is useful for the development :D, also if you could subscribe that would help me a lot :)

Thanks a lot for playing and for your nice comment! Your insights will help me improve the game in future versions for sure! I will also look into those little bugs you've found :)

Great :D You are welcome :) 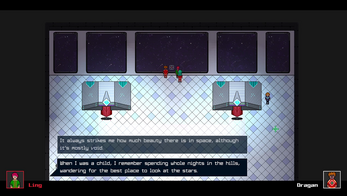 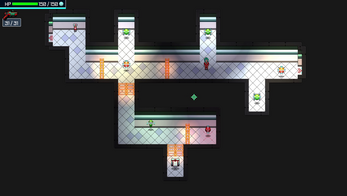 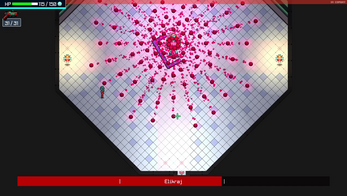 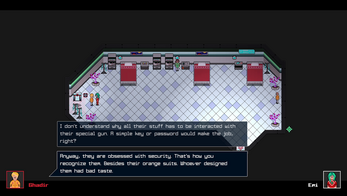 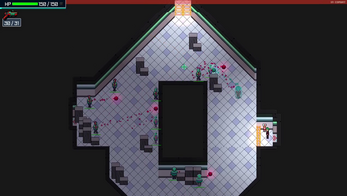 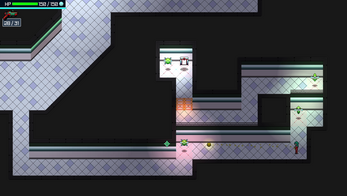